Good news for Cryptozoology fans last year when Ivan T. Sanderson's missing archives turned up in Kalamazoo - now that Dr Michael Swords from [url=http://richardgrigonis.com/Ch10 Charles Hoy Fort.html]SITU[/url] has had time to sift through some of the files, he reports on his findings at the links below.

As you can see by the pic there's plenty to rummage through and it's said there's up to 184 notebooks containing Ivan's research on topics such as Cryptozoology and the UFO/USO subject - also mentioned are sighting reports, news clippings, photographs etc.. which deal with subjects like Bigfoot, Yeti and sea, lake, or river monsters. 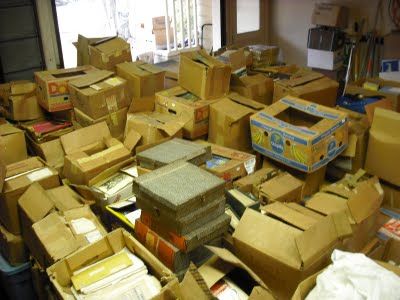 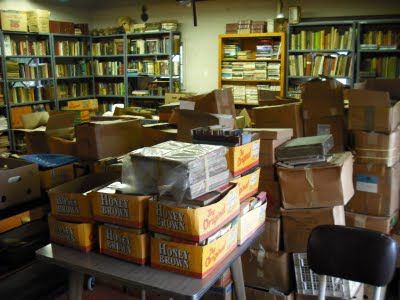 The archives arrived in Kalamazoo on Friday. Two very hard-working days of shelving and stacking later, punctuated by anomalies "parties" punctuated by sub-sandwiches and pizzas and large quantities of extravagant commentary, our eight person crew we at least got it all off the truck and inside. It's going to take a LOT of archival work, my friends, but it will be worth it---the unloading days themselves were some of the most fun I've had in a very long time.

I want to give you some extremely "early" assessment information. This stuff is EXTENSIVE. It nearly filled a 26-foot U-Haul truck. Secondly, it has survived the rigors of time and mice very well. 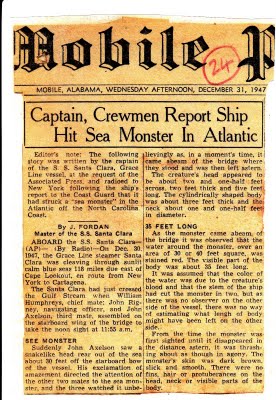 Sanderson kept his topical files arranged in three-ring notebooks usually about two-inches wide. At a minimum there are 184 of these already shelved [i.e. sitting outside the original boxes off the truck before your eyes.] I counted them the grade-school way with my own index finger. As a wild guess, there are at least 30-35 "linear feet" of them, in librarian-talk. This 184 count does not count three-ring notebooks which contain only journal/magazine runs --- these are mainly Sanderson's own constructions containing clippings, pictures, correspondence, & whatever, around some topic or set of topics. 42 of these notebooks refer to "ABSMs" [bigfoot, yeti et al], or sea, lake, or river monsters. 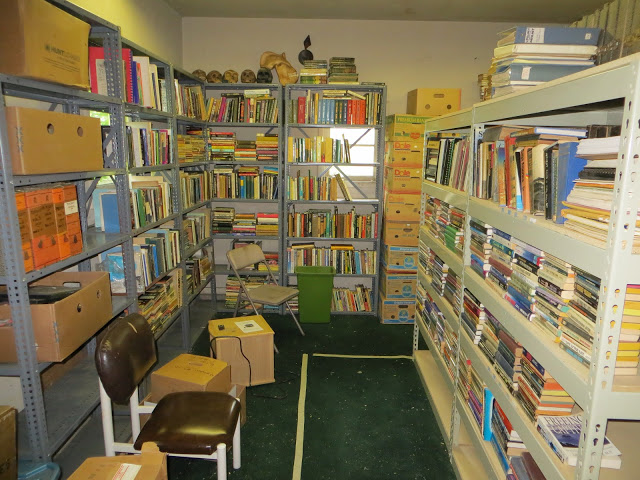 This is what you see if you look down the parallel corridor to the left of the first picture. It's where most of the purely anomalies-related volumes are and where most of the anomalies related journals and newsletters will ultimately be. The latter are quite voluminous and will occupy most of the top and bottom shelving areas on both corridors..

There at the end of the corridor, facing you, are some of the famous Ivan Sanderson three-ring notebook files. I placed them, especially the Bigfoot/ABSM/ Lake and Sea monster ones there for "romantic" reasons --- they are the Heart of Sanderson, and this gives them a little center ring "glory"