The Fractal Nature of Consciousness

The Fractal Nature of Consciousness

Fractals are everywhere in nature and relatively new in concept as of the late 19th century discovered by Benoît Mandelbrot in 1975. What fractals such as the Mandelbrot set visually showed us, was a mathematical pattern that defines an infinite zoom into and out of the mathematical imagery. The visual data created by a Mandelbrot naturally occurs in our conscious perception. Meditation, falling asleep, dreaming, psychedelic drugs or even closing your eyes and applying stress to the optic nerve can produce a mosaic fractal within our visual perception. What is a fractal?

A fractal is a rough or fragmented geometric shape that can be split into parts, each of which is (at least approximately) a reduced-size copy of the whole," a property called self-similarity. A mathematical fractal is based on an equation that undergoes iteration, a form of feedback based on recursion.

We understand that fractals exist mathematically, and we can see that nature uses fractal imagery in how clouds, ferns, flowers all form. If we zoom in and out of nature, we find a very clear fractal view of Reality. A really great video that demonstrates this zoom is called: The Power of Ten: From Outer Galaxy to Inner Atom by Charles and Ray Eames for IBM.

I recommend watching this video to fully digest the relationship to fractals and reality. We have no evidence that the power of ten zoom inward and outward ends with no further data to expand or reduce into. If we take Quantum Mechanics, we can’t assume that this zoom must end when it reaches the Planks Constant which is a measurement of 1.616252(81)×10^35 meters. What we do know is this model of viewing reality as a fractal suggests that reduction of the zoom adheres to self-similarity and may continue past our current model of Quanta as information bits in matter. It is suggested but not in any way proven.

The same can be said of the length of the Universe that once we zoom outward to 10^26 meters we would reach the end of data for a finite zoom if the Universe itself is finite in length. Because we can only measure the length by what we currently can see, 10^26 meters suggests our current known length, but does not suggest it the Universe ends there.

What we do know is the Universe itself has a fractal nature, and that can be measured and observed by zooming into and outward from our perspective by a power of 10 as represented by the above video. Does consciousness itself adhere to the same fractal relationship? Does consciousness also split into parts and observe itself in each state of self-similarity? What are the hypnologic patterns and images we see when we fall asleep or meditate? They suggest something fractal in nature, so how do we explore this further?

Physical reality is the objective and observable world we exist in. If we use a fractal zoom analogy and move from the outward zoom to the inward zoom, the moment this information crosses from the external world of physical atoms and energy wave forms to a cognitive interpretation we can call Cognitive reality.

If you do not know what Cognitive reality is, or if it exists at all then close your eyes and open them again. When your view of Reality disappears into a blank screen when you closed your eyes, then returned again when you opened them is because you are observing Cognitive reality. Cognitive reality simply implies a mind-generated rendering of sensory stimuli that your physical brain manufactures by the rate by which your sensory apparatus feeds sensory input as electrical signals to neurons in your physical brain which are then stimulated in such a way as to cause the brain to render that information into a model by which you can cognitively experience reality.

Cognitive reality is a purely mind-generated phenomena of consciousness and resides in a non-localized space within your physical brain. If we zoom inward into cognitive reality, does the fractal nature of self-similar feedback into recursion still apply? If so, how could we explore this further and what would we experience? What if we could breakdown the Cognitive reality we exist in into measurable quanta? What happens when we zoom into the mental rendering of reality to a scale of 1.616252(81)×10^35 meters? The problem is, we cannot. There is no real length in Cognitive reality. The perception of space is merely a mind-generated phenomena and not actual length. The distance between your eyes and this text for example within your Cognitive reality simply exists as an interpretation of data representing the ideal of length. The distance is virtual space, not real space when you look at cognition. Just a mental model of what is out side according to sensory information.

Taking the power of 10 and zooming into the physical brain might help us see how cognition is broken down into neurons and data. The information we observe from this macroscopic view is not going to render the same image of reality that our perception models for us, but it will expose more fractal information regarding quantum states within the neurons.

The length of a neuron varies but can be reduced to 10 microns. You can already see fractal imagery within the dendrites and axons of the neuron. This is just one of the brains 100 billion rendering nodes within the Cognitive rendering farm that outputs your cognitive reality.

We zoom even further into the dendrite and we have microtubules.

If we see a magnification of microtubules, again fractal patterns emerge fulfilling the self-similarity we see in fractals.

The length of a microtubule is 0.1 micron or 100 nanometres 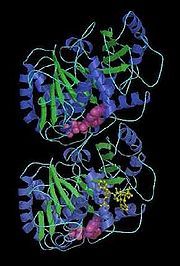 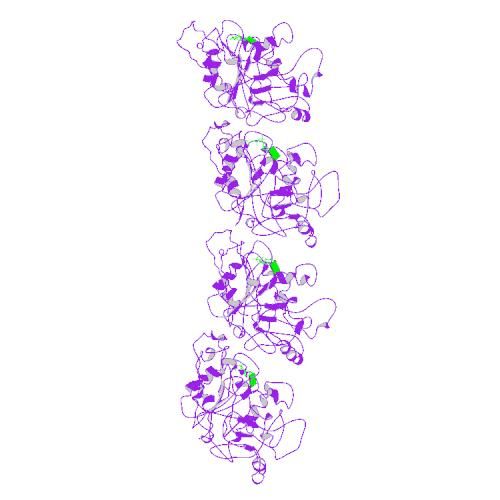 The length of a tublin is 0.025 microns or 25 nanometres and further reduce into alpha and beta tublin which are 0.008 microns or 8 nanometres.

Within all of this fractal reduction zooming into the physical brain lies the reality of consciousness. This neurological network of atoms, molecules, proteins and cells makes up a biological rendering farm that outputs Cognitive reality and the experience of consciousness.