Below is a testimony of ones experience;

I captured an interesting glowing green phenomenon at the Lost City (a natural Landscape of rocky towers) in Newnes State Forest, just North of Lithgow, Australia, that I would like some opinions on. The image was taken with an iPhone 5 using the Panorama feature, and Paranormal Studies seemed like the perfect forum for the discussion.

Here is the image:

This is a cropped section of the image with the glowing green orb: 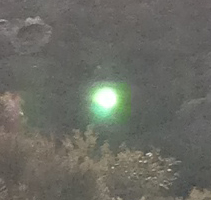 I started to take the panorama looking at my girlfriend on the left and panning to the right while looking at the screen. I saw a flash from the corner of my eye (outside of the camera range) coming from the left. The orb appeared on the screen and seemed to streak to the right on the screen, which the Panorama algorithm quickly compensated for using the landscape to patch over the streak.I looked up from the screen (while continuing to pan the camera) and saw the green orb streaking up the valley to the right in a slightly upward direction. I looked back down at the screen and didn't see anything green, glanced back up again but the orb was gone.

That all happened in about half a second.

I finished the panorama and quickly looked at the image wondering if I had caught anything... the image above was the result. 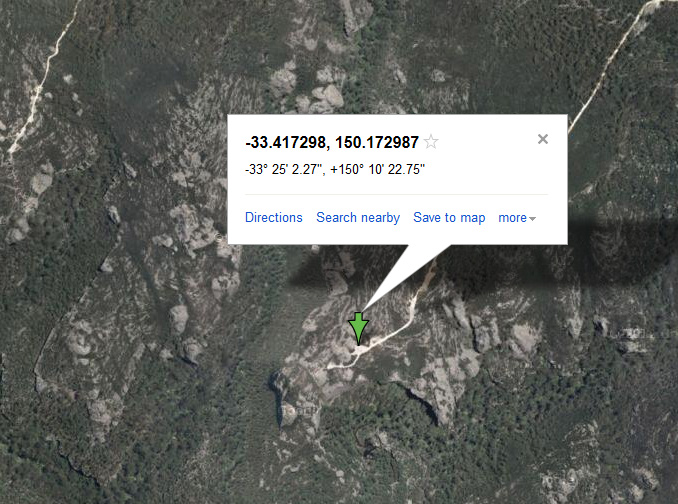 It appeared to be off quite a distance, maybe 100 meters (the valley was approximately 200m across) moving up the middle of the valley, but on contemplation there was no real point of reference for the orb, so it could have been anywhere between the camera lens and the opposite side of the valley.

I'm not sure what to make of the experience, it happened very fast and there was no other sensory clue to it's existence. We did get an eerie feeling 20 minutes before when we arrived at the area, but we put this down to a bunch of blood covered tissues (blood looked fresh) all around the clearing that we parked in.

Was it aliens?... earth spirit/energy?... ball lightning?... I am unsure and my girlfriend is creeped out by the image.

I would appreciate anyone's comments or opinions on what it may have been?